Sinisterra, whose colorful patterned dresses for Marquez have drawn international attention, grew up in the municipality of Santa Barbara Iscuande, in Narino province, where he says many young people have few opportunities to escape involvement in the country’s ongoing internal conflict.

His background has commonalities with Marquez, a former housekeeper and environmental activist, who grew up in the poor municipality of Suarez, in Cauca province, and faced death threats for her opposition to gold mining.

“In one way or another her history and my history are similar, so I think there was a very lovely spark there,” said Sinisterra, 23, who now lives in the city of Cali and studies social work in addition to his job as a designer.

“First we accept and recognize that we have roots that connect us – which is Africa – but taking into account those roots we also express the territory where we’re from, the Colombian Pacific,” said Sinisterra, who learned his craft from his aunt and grandmother.

Esteban Sinisterra, 23, a fashion designer who dresses Colombian Vice President Francia Marquez, wears a chain with a pendant in the shape of a map of Africa designed by him, at his studio in Cali, Colombia September 7, 2022. (REUTERS-PHOTO) 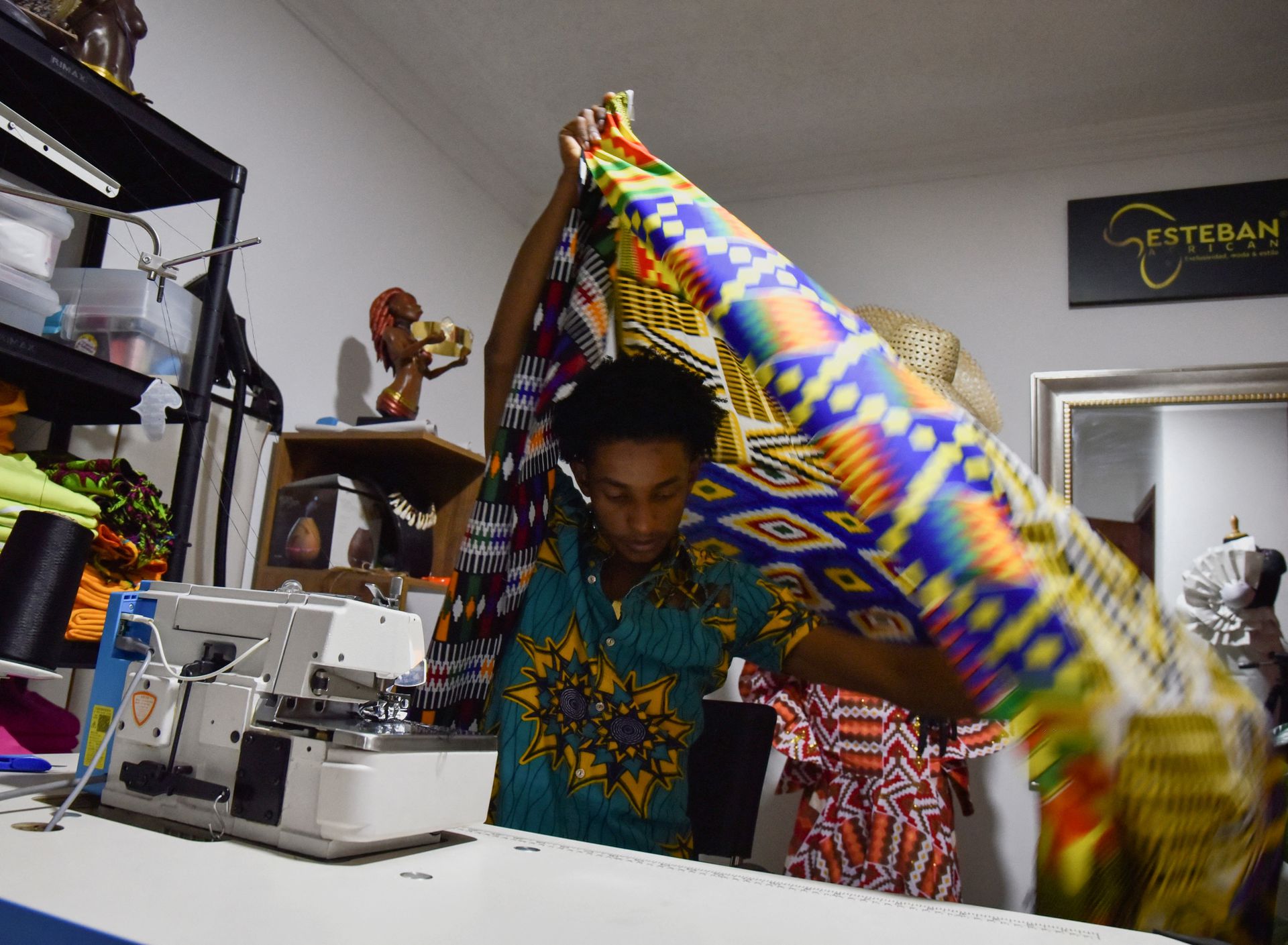 “Each and every one of Francia’s outfits evokes that,” Sinisterra said. “It is being able to show that this is who we are…so for me fashion, my fashion, is resistance.”

The 40-year-old Marquez, who mentioned her ancestors in her oath of office, is slated to lead a new equality ministry if the government can win congressional approval for its creation.

African inspired international, high fashion, beauty, luxury and entertainment magazine. Our goal is to support and promote an increasing awareness of the culture, beauty and fashions inspired by Africa. We celebrate the emerging trends of fashion from mainland Africa and the Caribbean to the runways of Paris, Nairobi, Lagos, London and New York.

Get the latest UZURI news!